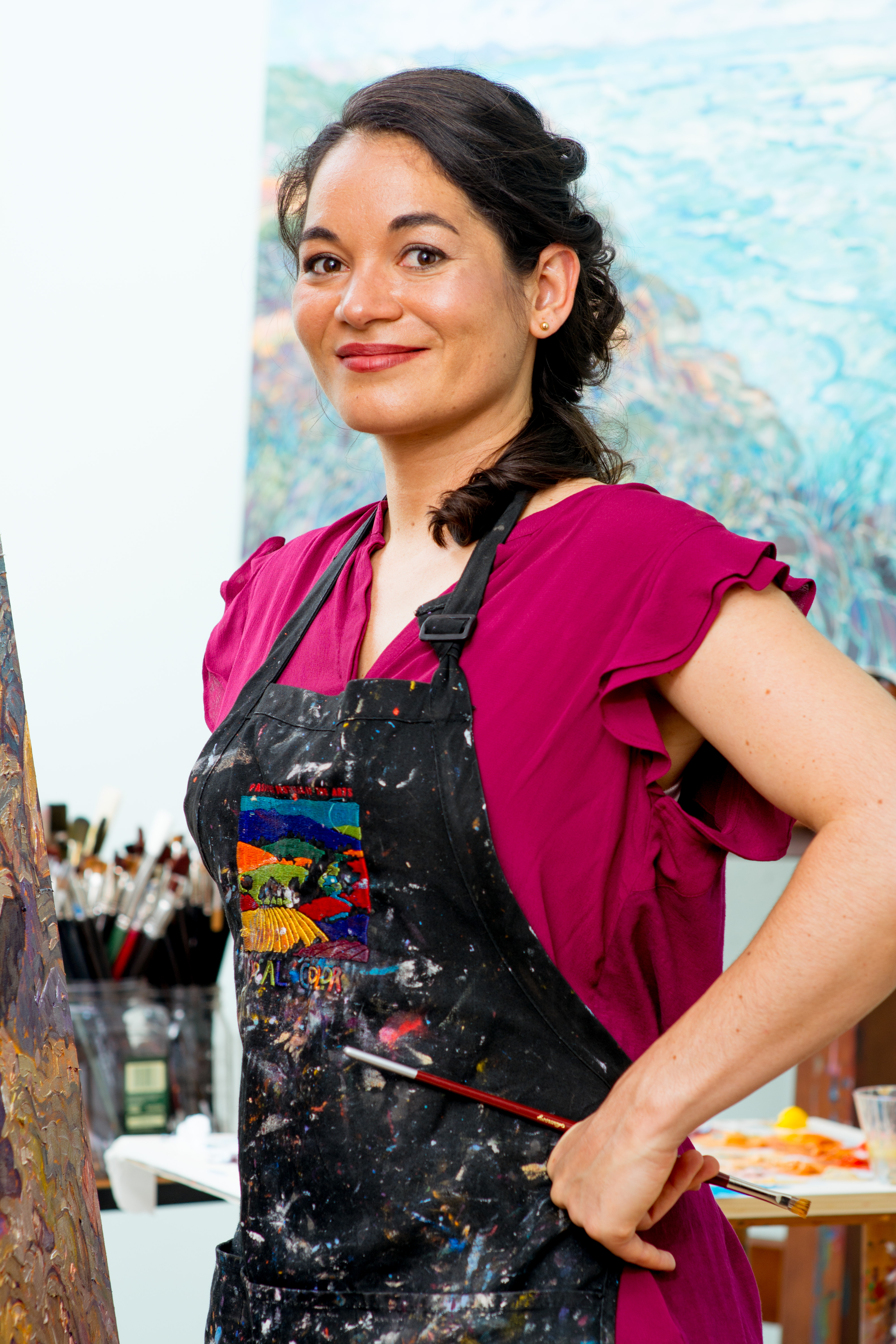 Hanging precariously and horizontally from red sandstone, hundreds of feet above the ground, may not seem like it would inspire the creation of beautiful oil paintings, but that is exactly what happened with Erin Hanson. After a lifetime of experimenting in different styles and mediums, it wasn’t until Hanson began rock climbing at Red Rock Canyon that her painting style was consolidated by a single inspiration and force of nature.

Erin Hanson began painting as a young girl, voraciously learning oils, acrylics, watercolor, pen and ink, pastels, and life drawing from accomplished art instructors. She began commissioning paintings at age ten, and by age twelve, she was employed after school by a mural studio, learning the techniques of acrylics on the grand scale of forty-foot canvases. Two years later, a high school scholarship took her to Otis College of Art, where she immersed herself in figure drawing. Graduating high school at age sixteen and once again demonstrating that she was a child prodigy, Hanson next attended UC Berkeley, excelling further in her studies and creative development and attaining a degree in Bioengineering.

After graduating from college, Hanson entered the art trade as a professional, inspired by landscapes and vantage points only beheld by the most adventurous. Rock climbing among the brilliantly colored cliffs of Nevada and Utah, watching the seasons and the light change daily across the desert, provided endless inspiration for her work. In these beautiful surroundings, Hanson decided firmly to dedicate herself to creating one painting every week for the rest of her life. She has stuck to that decision ever since and has for the past decade been developing a unique, minimalist technique of placing impasto paint strokes without layering, which has become known as “Open-Impressionism.” As other artists began emulating her painting techniques, Hanson was credited as the pioneer and originator of this contemporary style.

Through the years, Hanson has continued to use the outdoors to inspire a huge collection of work. She visits the Colorado plateau every year, backpacking and hiking through areas such as Zion National Park, Canyon de Chelly, and Monument Valley. Other favorite haunts include Paso Robles, Joshua Tree National Park, and the Anza-Borrego desert. Erin Hanson transforms these landscapes into abstract mosaics of color and texture, her impasto application of paint lending a sculptural effect to her art. Her oil paintings stand out in a crowd, bringing a fresh new look to Western landscapes. 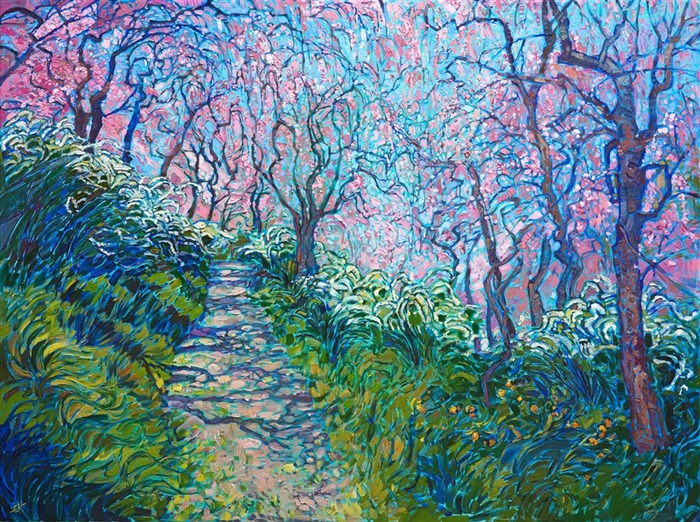 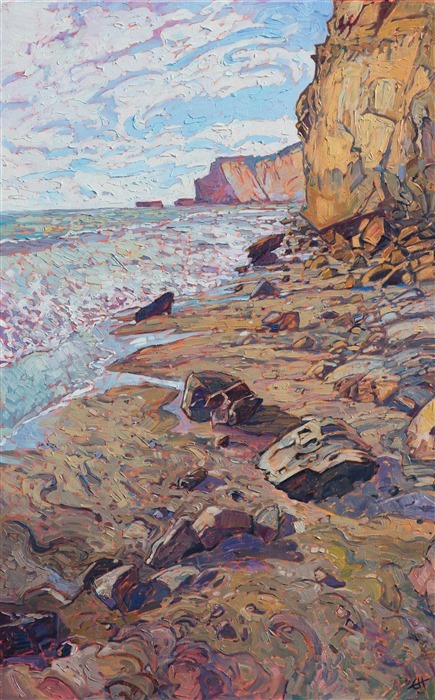 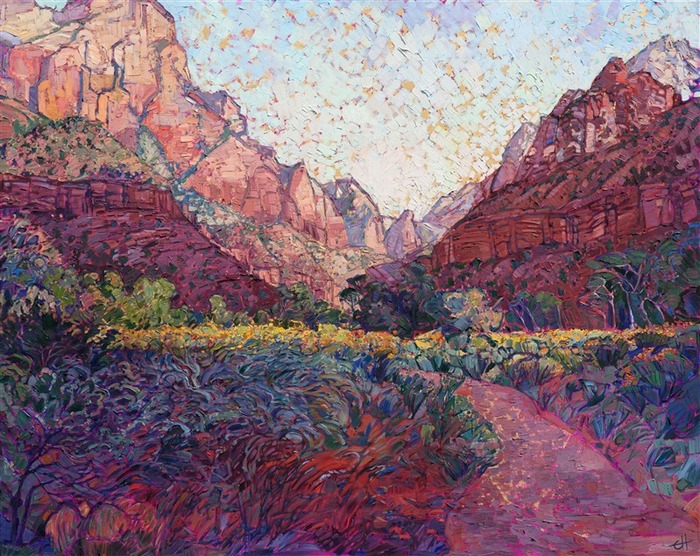 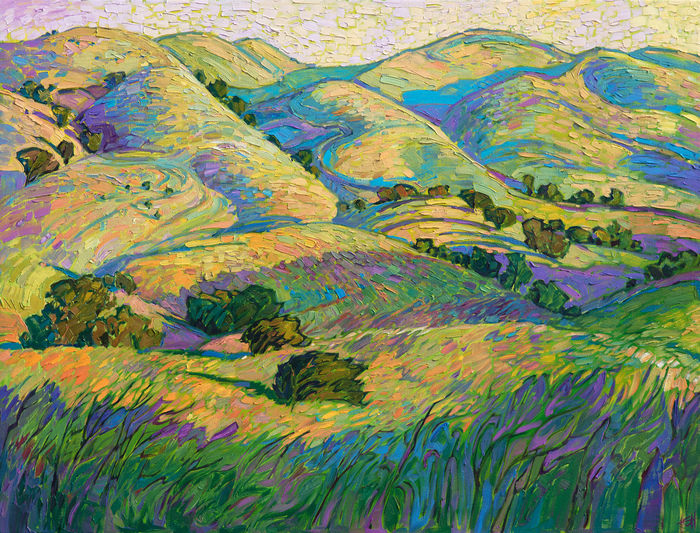 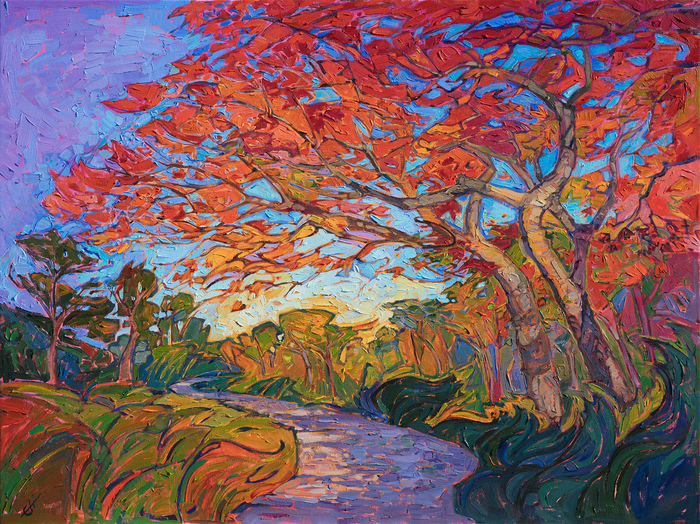 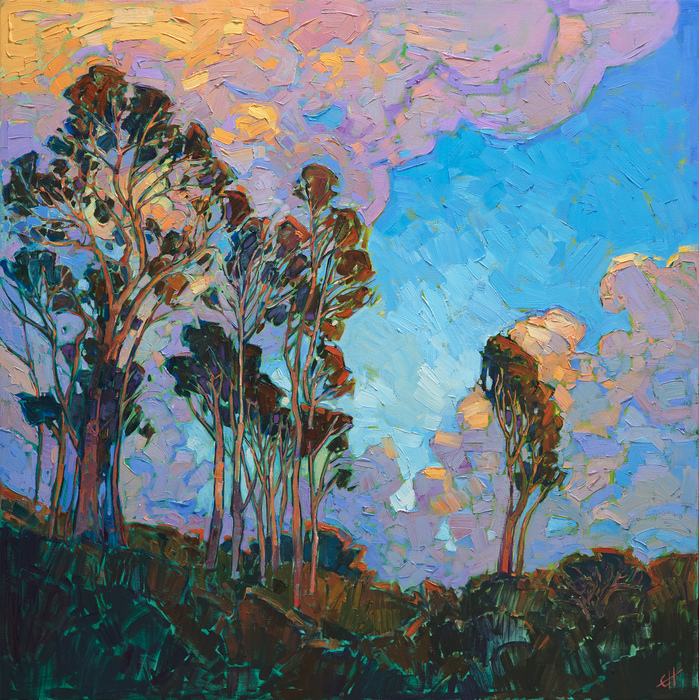