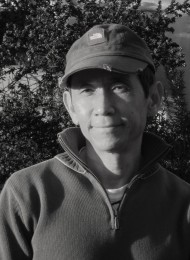 A master signature member of the Oil Painters of America, a master signature member of American Impressionist Society and an artist signature member of California art Club, Huihan Liu was trained in the Guangzhou Academy of Fine Art in China in 1972 with a BA and MFA from the Academy of Art College of San Francisco in 1989. With more than twenty years of his professional career as an illustrator, teacher, and painter, he won Best of Show Award in the Oil Painters of American Regional Exhibition in 1996. Huihan Liu was featured in Art of the West magazine in 1998, 2003, and 2005; in The Artist’ Magazine in April 1999; and in Southwest Art in April 2000.